A new study shows the vast majority of Michigan teachers say they want the COVID-19 vaccine.

In a study of more than 22-thousand Michigan teachers two thirds said they are vaccinated or in the process of being vaccinated. They say the vaccine is critical to them being able to teach in person.

Doug Pratt is a spokesperson for the Michigan Education Association.

"Half of those surveyed had received their first shot of the COVID-19 vaccine. Almost another seven-percent are scheduled to do so, and a little over six had already received both doses of the vaccine. We found less than ten-percent really did not want to get the vaccine or were unsure, which is far better than the public at large. So our members are listening to the science, and see the vaccine as a critical part of getting back to in-person learning across the state."

Pratt said the majority of Michigan educators say they are still concerned about safety issues when it comes to in-person learning. But he says the numbers are down since November and there’s a little less intensity around it, he thinks due to the availability of the vaccines. 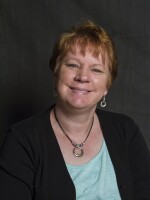