WCMU Public Media aired the recent Hemingway documentary by filmmakers Ken Burns and Lynn Novick. In conjunction with the film’s premier on public television, WCMU also held a “Creative Expressions Contest for Teens” which asked the question, “how would Ernest Hemingway describe his experience with Covid-19?” The entries were open to any medium and the three winners were a photograph, a drawing, and an original piece of music. Mosaic host David Nicholas spoke with three winners, Savannah Coppersmith, Cheyenne Denniston, and Zane Greene.

Congratulations to our winners and thank you to the students who participated and the partnering libraries of Charlevoix and Emmet counties. 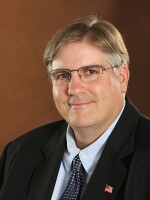 David Nicholas
David Nicholas is WCMU's Music Director, and is host of both "Mosaic" and "The Beat."
See stories by David Nicholas
Help keep your favorite programs on the air!
Donate Your Car!
Community Calendar