Campaign finance statements that were just filed with the state show the pattern of giving to Michigan lawmakers by Quicken Loans officials and associates was much more generous than we originally reported.

According to new campaign finance disclosures, Quicken Loans spent more on lobbying state government in the first seven months of 2017, than it had spent in previous years.

“What's noticeable is that Quicken Loans employees gave contributions to such a large number of House members compared to their giving in past years,” said Campaign Finance Network’s Craig Mauger, a reporting partner on this project. “It likely shows that Quicken Loans employees were connecting with a larger number of individual House members in the run-up to votes on the incentive bills than they had previously.”

The new law gives tax incentives for developers who build on blighted or undesirable land. Those incentives can potentially save developers millions of dollars.

More than half the members of the Michigan House received campaign donations from Quicken Loans between January and July of 2017.

That’s significant because in 2016 the legislation, commonly referred to in Lansing as the “Gilbert bills,” failed to gain traction. In 2017, the bills were rebranded to reduce the emphasis on big cities like Detroit, and contributions ramped up.

House and Senate leaders passed the legislation within three months – a relatively breakneck speed compared to the previous year. By June of this year, Governor Rick Snyder had signed it into law.

According to the latest campaign finance disclosures, five Quicken Loans employees gave a total of $35,975 to 56 Michigan House members’ committees between January and July of 2017. Of those 56 lawmakers, 48 voted yes on the main bill in the Brownfields package. Eight voted no.

This year, more money was spread out to individual lawmakers as opposed to previous years where donations focused on party committees or only a handful of lawmakers.

The giving was bipartisan. Republicans and Democrats alike received donations that ranged from $150 to $4,000. Mauger said donations at this scale stand out.

“The leadership of Quicken Loans had a very specific financial interest in the bills that were before the Legislature around the time these contributions were made,” he said. “They also stand out because these individuals were giving at levels they hadn't previously given at. Some of them work in government affairs specifically, so they have interests in state policy.”

Quicken Loans did not return a request for comment.

Lawmakers interviewed for this story say they voted “yes” on the legislation because it would help their districts.

“I believe that northern Michigan needs to get a piece of this action, too,” said Representative Daire Rendon (R-Lake City), who received $250 on May 5th and $500 in June. 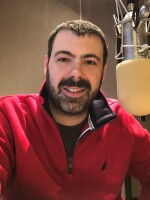