Robert also included a tribute to Cajun singer and guitarist D.L. Menard along with music from the lineup for the upcoming Ann Arbor Blues Festival. 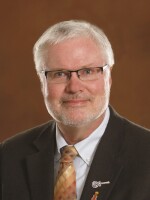