It’s been a good year for corn in Southwest Michigan.

That’s according to a field crops educator with the Michigan State University Extension. Eric Anderson of the Extension’s Centreville office said about a third of the state’s grain corn has been harvested.

That’s opposed to silage corn, where the whole stalk is harvested as animal feed. Southwest Michigan doesn’t grow much of that kind of corn. Anderson said well-spaced rains kept disease outbreaks to a minimum this year.

"Most of the folks that I’m talking to have either on par with their normal averages or in some cases, well above average. And that’s the case for corn and soybeans," he said.

Gaps between rains helped to keep pests down during the growing season, Anderson said. And recent warm and dry weather has helped the corn mature for harvest and made it easier to work in the fields.

So far the harvest is on time, he said.

"Most farmers, if they can get everything done in the field by Thanksgiving, they consider that a great year," he said. 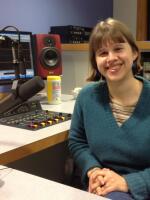