Michigan beekeepers say it's a struggle to keep a hive alive

Hilbert’s Honey Co. in Traverse City sends thousands of beehives around the country to pollinate farmland each year.

Keith Hilbert, a fifth-generation beekeeper at the commercial family farm, said they keep around 10,000 bee colonies at a time. There are up to about 100,000 honeybees in each colony, he said, and they all help to pollinate Northern Michigan crops like cherries and apples.

During Michigan’s cold months, Keith said, the bees are brought to Florida and California, where they pollinate more food crops like melons, almonds, cucumbers, squash and zucchini.

“We keep the bees alive,” Michelle said. “There’s so many things that a wild hive encounters, that without care, they will die.”

Pesticides, diseases, parasites, wild animals, location, weather and climate change are variables beekeepers need to be aware of. Even if they work to manage all of that, success is not guaranteed.

Keith and his family lose about 75 percent of their beehives every year, he said, but they can recover most of their numbers by dividing hives.

Ana Heck, an apiculture educator for Michigan State University Extension, said statewide success for beekeeping is hard to measure from year to year.

Heck said the extension does not count the number of Michigan beekeepers, but she estimates the number of commercial bee farms is in the low hundreds. She said there are many more small-scale or hobbyist beekeepers, possibly over 10,000.

Kurt Wierman keeps bees in Traverse City as a hobby and to make his own honey. He has seven colonies right now and made nine gallons of honey last year.

Wierman has been beekeeping for about 5 years. For the honeybees to live through the winter, he said each hive needs about 100 pounds of honey. He needs to give his hives enough airflow to breathe, while also insulating them to withstand the cold.

Unlike commercial beekeepers, small-scale operations like Wierman’s do not have the advantage of moving their bees to warmer climates when it gets cold.

Wierman said he has had two years where all of his bees survived the winter, and mixed results other years. This past winter, eight of his nine colonies did not survive to the spring.

“It’s not an easy hobby, and I’m a perfect example of that,” Wierman said. “I’ve had a lot of successes, but a lot of failures too.”

Wierman said when beehives get overcrowded, the bees will split their population in half, breed a new queen and find a new home. This is called swarming, he said, and it’s what bees naturally do to keep the species going.

The problem with swarming, he said, is it creates a wild hive not protected by the beekeeper. Wierman said he can sometimes catch a swarm before it leaves by splitting the bees up himself, which is also how a beekeeper would normally create a hive.

Something that works well for one beekeeper might not work for another, Wierman said. This created some confusion for him when he started keeping bees because there was so much conflicting advice.

“Something that works for me in Traverse City might not work at all for someone in Cleveland, Ohio,” Wierman said.

Wierman said he found mentors in The Grand Traverse Beekeeping Club, which helped him get started.

Alta Walters, a leader of the club, said groups like hers can share information and equipment with interested beekeepers. If someone starts beekeeping without learning enough, they likely will not succeed, she said.

“What happens is they lose their bees for two or three years in a row and then they’re really, really frustrated,” Walters said. “What they’ve done is discourage themselves from keeping bees, so we’ve lost an ally. In addition, if you are not taking care of your bees, you actually contribute to the spread of viruses and diseases from Varroa mites.”

Varroa mites are a parasite that can spread diseases to honeybees. Heck said the mite was introduced to the U.S. in 1987, and it’s been harder to keep bees alive since then.

Keith said the mites can carry many different diseases. One of them, he said, is deformed wing virus, also known as “string wing.” Bees that have the virus are unable to fly and collect food, effectively crippling a hive.

Hilbert’s Honey Co. treats its hives for Varroa mites using chemicals called Formic acid, Oxalic acid and Amitraz. They can find the mites with testing or by looking at the bees, Keith said.

Opinions differ on how beehives should be medicated, Wierman said. Some beekeepers choose a “survival of the fittest” and don’t treat their bees at all, he said, but this can spread Varroa mites to other colonies.

Walters said chemicals found in pesticides can also affect the plants bees collect their food from, making them toxic. Neonicotinoid pesticides—commonly used in U.S. agriculture—have been banned in the European Union, she said, causing the bee populations to rebound. The chemicals can affect bees’ ability to navigate, she said, causing them to get lost outside of the hive.

Mike Street keeps bees in Kingsely, and was considerate when choosing a location for his four beehives. They are protected from cold northern winds by trees, and sunlight reaches them early in the morning, which makes the bees begin their activities earlier.

There is also a stream by Street’s bees for them to get water and about 70 acres of various plants for them to get food. His clover, buckwheat and wildflower fields are close enough to other beekeeping operations, including Hilbert’s, so their bees can share.

Hundreds of bees can be seen constantly coming and going between his hives, something Street is proud of. One hive is a wild swarm he caught.

“I’ve been doing it for about 15 years and I’m just scratching the surface,” Street said. “There’s so much to learn, but I think it’s an ongoing process. You can talk to some of the biggest beekeepers and they’ll tell you they don’t have all the answers.”

Many beekeepers, including Wierman and the Hilbert family, use electric fences to keep out wild animals. Keith said bears frequently destroy beehives and they sometimes use logs to knock down fences.

“We sell bees in the springtime to people,” Keith said. “I’ve heard sometimes they get the bees home and they take care of them and they’re all excited and a bear—in one night—will come and wipe them all out.”

Walters said climate change has also hurt bees. Many plants have not adjusted out of the temperature cycles they are used to, she said.

“We have this period of time from the end of August or mid-September through November where it’s still warm, but nothing’s blooming. As a result, the bees are out flying and looking to forage and using energy. This uses up their winter stores of food for what is otherwise an unproductive endeavor.”

Planting things that continue blooming later in the season can help, Walters said. Black-eyed Susans, goldenrod, witch hazel, hemp and some kinds of trees are examples, she said. Walters said growing enough of these types of plants in Michigan would be “huge endeavor.”

The cost of beekeeping is also something to consider. Wierman said queen bees, depending on what they are bred for, can cost up to, or over $100. Street said he buys his bees from the Hilbert family, which cost around $175 for five hive frames, bees and a queen.

Keith said honey costs about $2 per pound to produce and sells for about $2.50 per pound. Jordan Ritter, marketing director for Hilbert’s Honey Co., said the business produced almost 180,000 pounds of honey last year.

Despite the challenges beekeepers face, many said it only gives them more reasons to continue supporting bees.

“I enjoy nature,” Street said. “I enjoy the mystery of bees. You can talk to several different beekeepers and they all have totally different perspectives. Nobody totally understands a bee and how they do what they do. To me, it’s fascinating. Since I started beekeeping, my apple trees and my garden are doing much better, and it’s just good for the environment.” 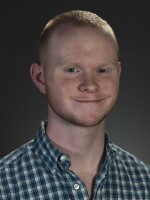