A northern Michigan man has been chosen to be a part of the crew that goes to the International Space Station next month.

NASA officials said a team of five astronauts is set to launch from the Kennedy space center in Florida. The team will stay on the ISS for six months.

Charlevoix resident Josh Cassada is a NASA astronaut. He said he’s honored to be on the mission.

“We are incredibly grateful and honored to do this job and we couldn't ask for a better crew to do it with uphill downhill and with the rest of expedition 68 on board," said Cassada at a NASA press conference.

The team consists of two members from America, one from Japan, and one from Russia. 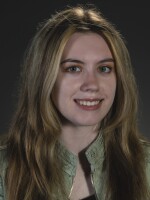 Alexis Seeley
Alexis Seeley is a journalism major from Macomb, MI. Alexis is going into her fourth year at Central Michigan University.
See stories by Alexis Seeley
Help keep your favorite programs on the air!
Donate Your Car!
Community Calendar