…By the late 1950’s, the “Folk Revival” was in full bloom on College Campuses nationwide, and one of the reasons for the music’s popularity was the first Newport Folk Festival. On this week’s Homespun, we’ll sample live tracks from Flatt & Scruggs, plus Hazel Dickens & Alice Gerrard ; We’ll hear a rare Bill Monroe instrumental from mandolinist Mike Compton, and also give a nod to Joni Mitchell’s recent performance at Newport! Tune in Sundays at 3 PM! 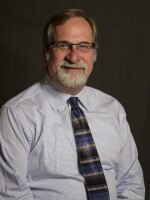